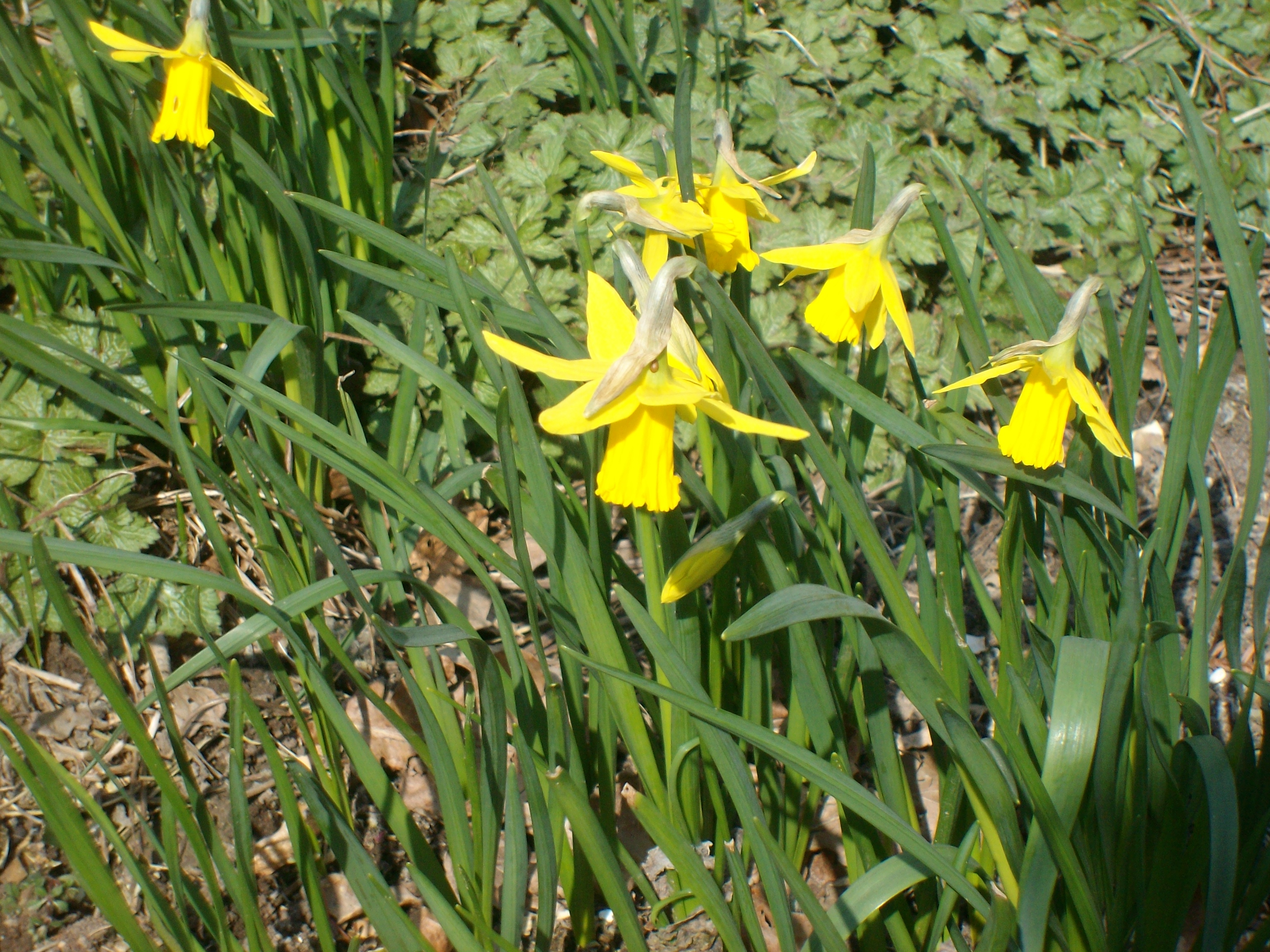 I am very fortunate that my location and lifestyle make it easy to notice and appreciate the changing seasons.  At this time of year, for example, there is the steady increase in levels of light as I leave and return home;  the unfurling leaves on the goat willow tree outside my bathroom window;  the crocuses and daffodils, planted by my children when they were small at the edge of the lawn, which have multiplied and spread, and raise their brave yellow flags every spring (this year, through the snow);  the quality of the dawn light, which now enters my bedroom not only earlier, but at a sharper angle;  the lambing and calving on neighbouring farms;  and all the other reminders that the winter is over, and my world is renewing its association with the light.  Usually, changing temperatures are part of this – last year, we spent most of Easter weekend relaxing in the garden in shirtsleeves – but it snowed again yesterday, and the chill winds and frosty mornings remind us that winter can be tenacious, too!

These are, however, not the only annual rhythms that impress themselves upon me.  As a teacher, there is a set of new classes and expectations each September, a work rhythm that moves towards the exam season in June, and the sequence of festivals that my school celebrates.  A very obvious cyclic change is that my workload is much heavier during term-time than in the school holidays.  Of course, there are meetings to attend, materials to devise and make, schemes of work to adjust, individual education plans to renew, and so on, but in the Easter and summer holidays in particular the emphasis of my working life undergoes a shift:  instead of an hour or so spent writing early in the morning, followed by a day when my students fill my working thoughts, I spend much of my day in my study, working as a writer, with occasional bursts of teaching-related activities.

The school term finished last Thursday, and the days since have been devoted to Easter and family activites.  So now I reach this familiar and delicious moment, at the start of the holidays, when all things are possible.  How shall I spend my time?  I have turned this over in my mind over the last few weeks, savouring the possibilities, but I never plan what I will do, only think about what I could do.

I could finish editing the second book in the Skywatchers series, which is almost ready to be published.  I could work on the third book in the series, giving it a final polish before sending it to my editor.  I could write some of the fifth and final book in the series, which currently has around fifty thousand words in first draft, and a mass of notes and sketches.  Then there are the other novels:  the two that I wrote between Skywatchers books, when I needed a change of time period and style to avoid becoming stale – each needs redrafting;  and I started another project, between Skywatchers four and five, that is just a folder of scenes, ideas and sketches at present.

Then there are the other things that go along with my writing life.  I have research to do, on several fronts:  how Roman water-mills worked;  travelling times for various journeys;  the background to the coal-miners’ strikes;  the layout of the campus of Kent University in the 1980s;  the time when particular vegetables became a familiar part of the English diet;  what clothes were worn or fashionable in each of three time periods;  and so on.  It’s not that any of my books is about these subjects, but if my characters are living in a world where they might, for example, mention that they are attending a lecture in such-and-such a building, I’d better be sure that it existed at the time!

With the second and third books in the Skywatchers series relatively ready for publication, my thoughts are also turning to their covers.  After preliminary discussions with my designer, I have actors and costumes on stand-by, and I could spend time tracking down the perfect locations, booking and holding photo-shoots, and working with the designer to produce the covers.  And then there is the writing that must appear on the back of each book – it’s a hard task indeed, to give a flavour of the storyline, style and themes of a novel, especially one that I am so close to, in only a hundred and fifty words!

Then there is my website:  this blog tends to get rather neglected during term-time, and a new page about the Skywatchers books and the world they are set in is probably long overdue.  I’d like to have maps and sketches, details about characters and locations, a description of how and why I wrote these books, available to my readers.

So what will I do with my time?  Which of the above will I take forward, and which will get left for another time?  From previous experience, I suspect that I will get some of the entirely practical things done, but that I will dedicate a large proportion of each day to living in some other time and place as I focus on one of my novels.  But until I leap, I don’t know what direction I will choose.

As is usually the case at the start of the Easter and summer school holidays, I feel the change in me, I am aware that I stand on the cusp between two different lives.  I sense my teacher-self receding, becoming quiescent, and my writer-self rising and gaining power.  Soon, I will plunge into that other element and exult in whatever writing I choose to do.  But for now, for today, I balance on the tipping-point, revelling in the glimpses of all the alternate universes where I could choose to spend the next two weeks.

Writing on the Back of the Book 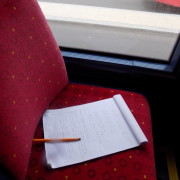 Three Reasons to Carry a Notebook 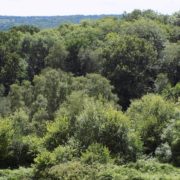 A Loner in the Crowd 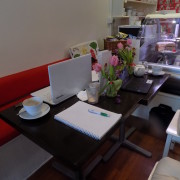 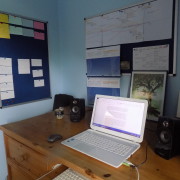 Tips for Getting that Tricky Bit Written

Ice and Sunshine
Scroll to top